Businesses, charities and public sector organisations in England have been able to choose their water and wastewater retailer since April 2017. Ofwat, the water regulator for England and Wales, has kept a close eye on the market and its performance, along with the market operator MOSL and the water consumer champion, CCW. All parties are are committed to transparency about the competitive retail market.

MOSL and The Consumer Council for Water (CC Water) have published data on market activity and customer complaints from the third quarter (October-December 2017).

The third quarter has seen over 30,000 switches – representing the largest number of meter points in England and Wales switching water and wastewater supplier since the market opened in April 2017.

The report breaks down the differences between the regional retailers for the first time, showing that the highest levels of switching activity can be seen in the south and south-eastern areas of England.

Complaints data released by CC Water shows that complaints have seen an increase this quarter.

Below are some of the charts from MOSL’s report and an infographic with customer feedback from CC Water.

30,649 supply point switches were processed during the third quarter, bringing the total number so far since market opening to 91,960. This represents almost 3.5% of the 2.7 million supply points in the market. 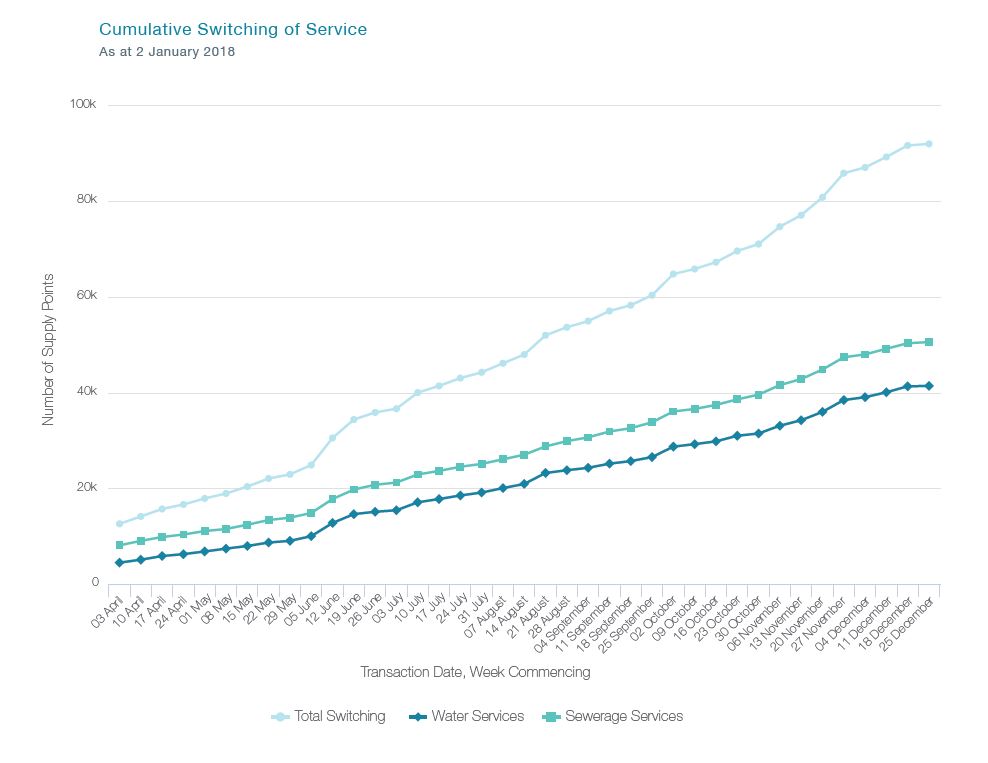 Proportion of switches in wholesale areas

The proportion of switching by wholesale area shows that the highest levels of relative switching activity can be seen in the south and south-eastern areas of England. 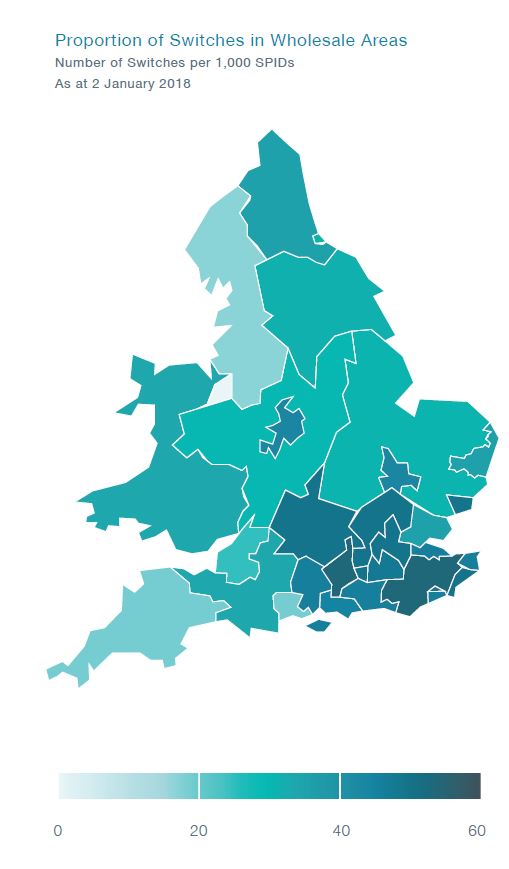 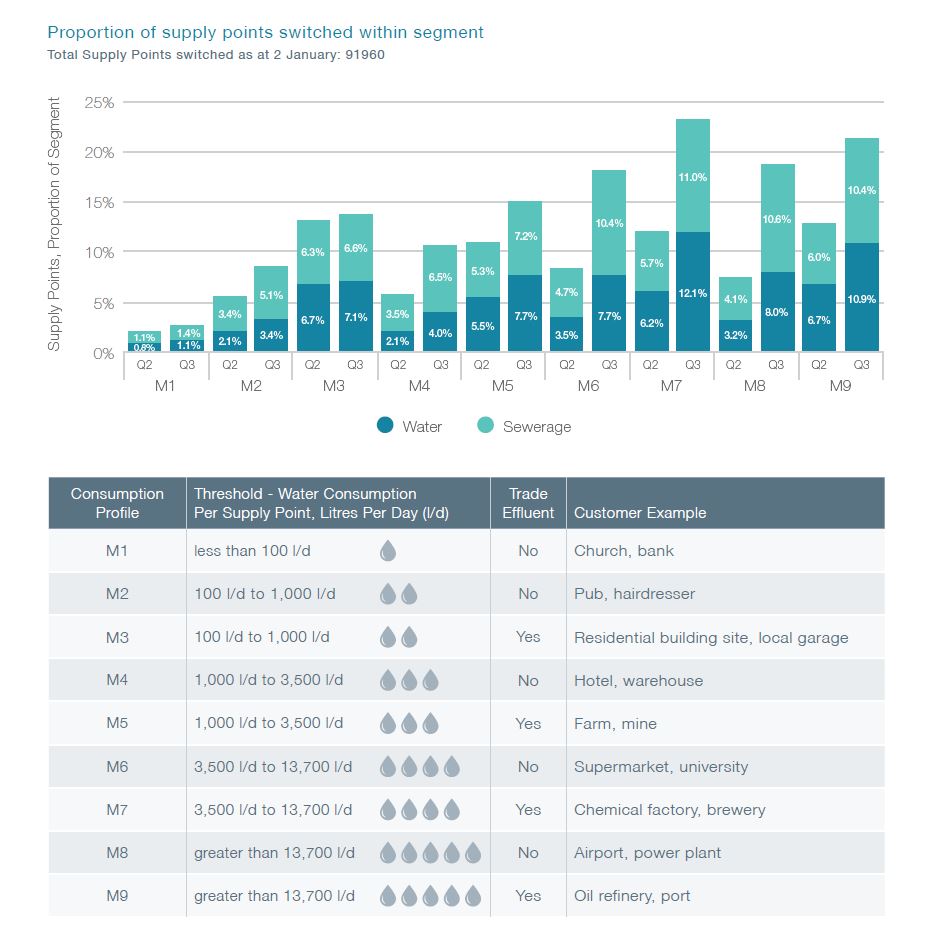 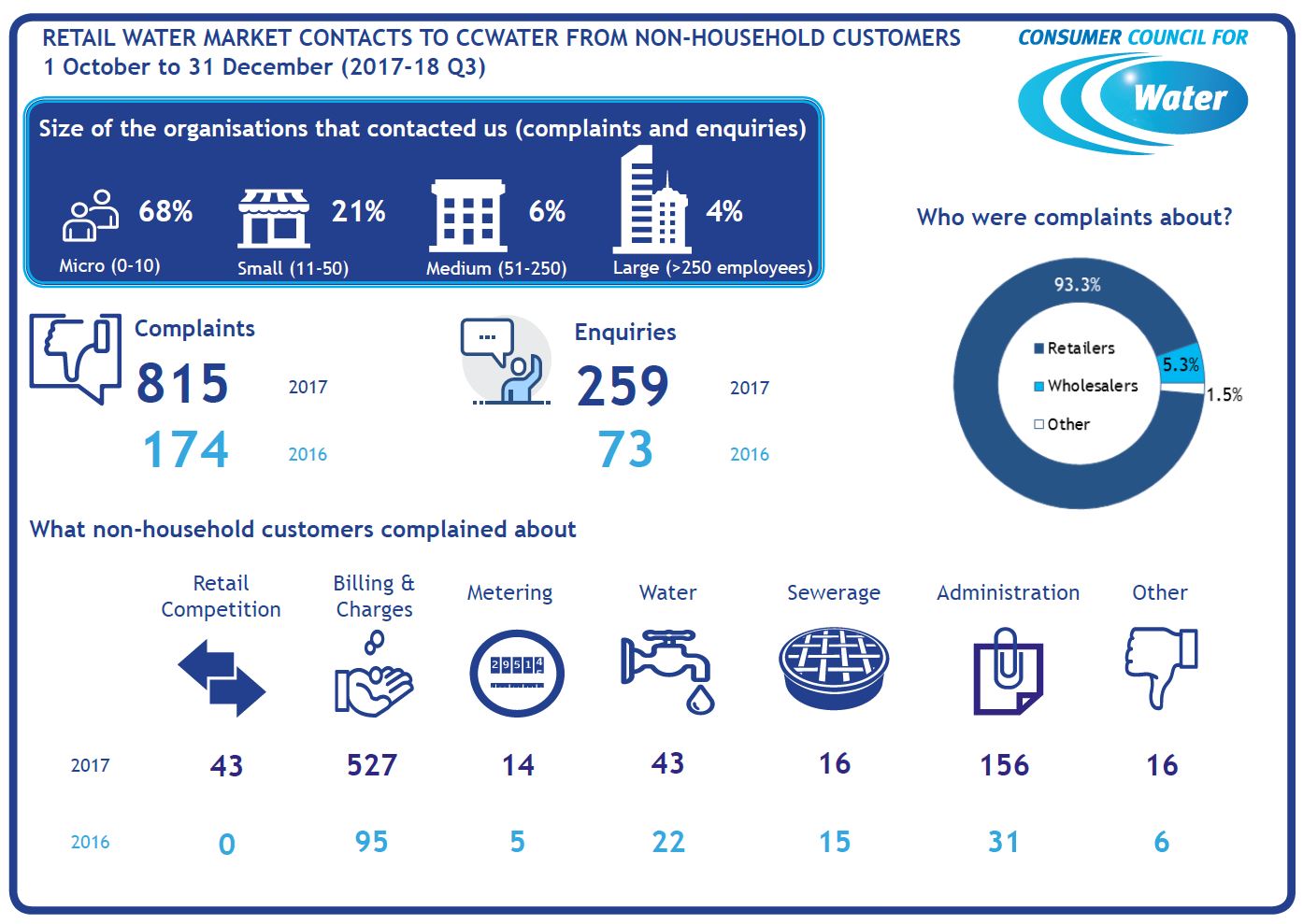 This website uses cookies to improve your experience. We'll assume you're ok with this, but you can opt-out if you wish.
read more