R & L Holt is a family-run tomato growing business in the Vale of Evesham in Worcestershire. Originally formed in 1979 by Rick and Laura Holt, the business now includes the owners’ son and daughter, Roly and Felicity. The company began growing tomatoes in the early 1980s. The business has flourished since then and now 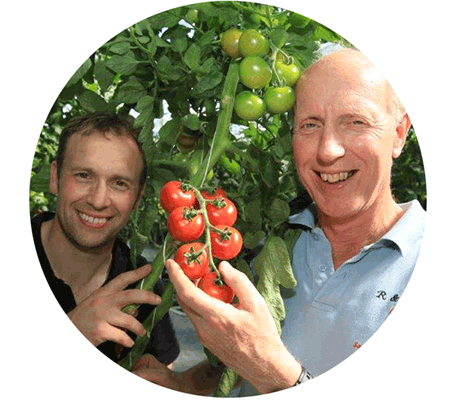 The company’s expansion includes building a state of the art glasshouse in 2014; the first of its kind in the UK to use LED lighting. The lighting allows all-year production, even during the winter months.

The mains water and wastewater services are currently provided by Severn Trent Water. Rain water that runs off the glasshouse roofs is collected and then stored in on-site reservoirs, which on the largest site covers two-and-a-half acres. The rainwater is then used to irrigate the tomato plants, mixed in varying proportions with mains water according to the age of the plants.

“The ability to re-use rain water in this way was a pre-requisite of us getting planning permission for the sites. It also means that when there is heavy rain the ground doesn’t get saturated,” says one of the company’s owners, Rick Holt. “However, young tomato plants require 100% mains water, so we aren’t able to use the recycled rain water. For the last financial year our cumulative bill across the three sites was in the region of £85,000. It costs more than it used to – although that’s because the water company only realised recently that one of our sites was actually on the mains supply!” 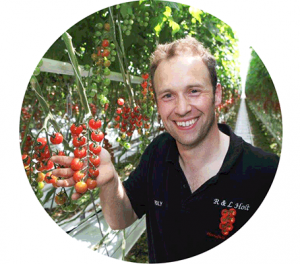 Innovation and sustainability are two of the family’s top priorities, and the company has built a loyal customer base by combining top-quality produce with a commitment to environmental responsibility. The company uses its waste water from a septic tank as fertiliser on the site and other efficiencies include operating a hydroponic ‘nutrient film technique’ system. This is a closed system whereby the plants take up only the amount of water they actually need.

“The amount of water that the plants use varies considerably from week to week, according to different factors such as the age of the plants and the time of year. We monitor the average usage very carefully,” Rick adds.

The company was already aware of the changes that are taking place. Rick comments: “I hope it might mean there is a wider range of tariffs on offer, and greater clarity about how the different parts of the bills are made up. At the moment it’s not as easy as it should be to understand how much our bills should come to, and how that relates to the amount of water we use. It would be helpful for us, as for many other farmers I imagine, if we could see more transparently how charges correspond to usage.”

“It will be interesting to see if the introduction of competition affects how reliable the service is too, and I hope that once there are more players in the market bills might actually go down” adds Rick.

Case study - R&L Holt
< Back
This website uses cookies to improve your experience. We'll assume you're ok with this, but you can opt-out if you wish.
read more