The Regent is a Georgian Grade II listed building in Cambridge. It has been operated as a privately-run hotel owned by the same family since 1950. 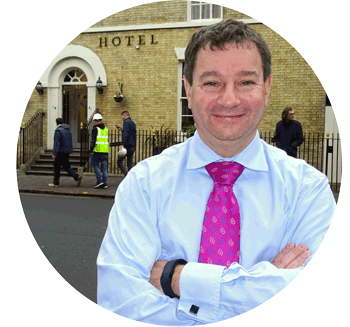 With 22 en-suite bedrooms entertaining a busy crowd of around 40 guests a day (at 85% occupancy year-round, that’s 2,500 room rentals a year), that’s a lot of showers and baths, and sheets and towels to wash, every day!

round the clock water

Hotel director Paolo Paschalis and his hotel management team actively aim to promote water efficiency. For instance, by ensuring washing machines are full when they’re set running, and inviting guests to re-use their towels instead of having them replaced daily.

Paolo would like to improve his water efficiency further though, explaining: “Those are the factors I can control to make us water efficient, but there are others I can’t, such as how long guests spend in the shower. There’s nothing to stop them running a tap for days if they wanted!”

awareness of the market

Paolo became aware of the opening of the new market after receiving a letter from his existing supplier, South Staffs Water (which owns Cambridge Water), in September. South Staffs Water provides water to around 35,000 commercial customers across the West Midlands, South Staffordshire, South Derbyshire, North Warwickshire and North Worcestershire.

While Paolo’s wastewater services are provided by Anglian Water, billing is managed by South Staffs, so customers get a single joint bill. 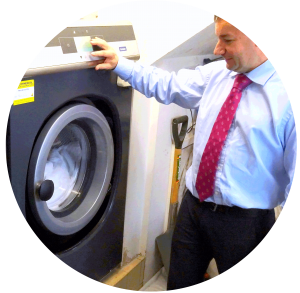 The opening of the market is something Paolo is looking forward to, explaining: “It’s great there’ll be competition. What I’m keen to know is whether there’ll be scope for a dual-bill discount like they have for gas and electricity. If I were to source both my water and wastewater from the same supplier instead of two, would I get a discount on one or other product?”

Bundling services is not The Regent Hotel’s only possible benefit however. With negotiating a better deal also on Paolo’s horizon, he explained what he sees as the most likely reason to switch retailers. “One thing business doesn’t like is uncertainty. If I could negotiate a set water and wastewater bill for a fixed period of say, up to five years, it would really help me to plan my business as I would know what my ongoing costs would be, as I do all the accounting and finance work here myself. If I can be helped to find more ways to be more water efficient and reduce my costs, I will consider switching.”

Case Study - The Regent Hotel
< Back
This website uses cookies to improve your experience. We'll assume you're ok with this, but you can opt-out if you wish.
read more